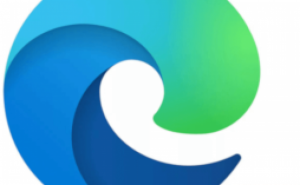 Microsoft released its new Chromium-based browser earlier this year, but what does this new browser mean for the general users and should they give it a try? Yes, if you spend a good amount of time browsing the Internet and if you’re a little concerned about your privacy.

A web browser amongst others is your gateway to the Internet and thus it knows a lot about you and your habits. Every bit of information you exchange on the Internet parses through the web browser. Having a certain degree of control and transparency over your browsing data and its usage must be appreciated.

The new Edge browser provides you with a simple to find 3 level privacy management tab: Basic, Balanced and Strict to choose from, depending on how comfortable you are with marketers being able to target you with ads. Unsurprisingly, it is much more difficult to get to this setting tab on Chrome.

It is much easier for tracking companies to access your information and make money off it if you’re a Chrome user. Even Firefox provides anti-tracking features but Chrome doesn’t.

With the new Chromium-based Edge browser, Microsoft attempts to revive itself in a space it has been losing for almost a decade. With all the new features and advantages over Chrome, it still faces an uphill battle of winning back its long lost users.

We should not forget that Google is an Ad company. It invests substantially to build and maintain a browser which is the most widely used on the planet. But since it relies on your data for revenue, it almost does next to nothing to prevent tracking of your data even by third parties.

Chrome is and has been the undisputed king in the browser space with a solid engineering team behind the wheels and a loyal user base.

But The Chrome Experience

67 percent of all computer-based browsing is done on Chrome as of January 2020. Google leverages this overwhelming lead to its advantage by selling your data while providing you with free personalized apps and services that use this data extensively.

More than 40 percent of people who buy a Windows machine download Chrome using Internet Explorer as their first major activity on their machine. One of the biggest and less talked about the reason why people switch to Chrome is that they have become used to the look and feel of it and reject anything that feels even scantily different. Kudos to the engineering team at Chrome to manage such patronage.

This is probably why the previous feature-rich Edge with Microsoft’s edge HTML rendering engine failed miserably. It could also be attributed to Chrome beating Firefox substantially with the later having only 4.7 percent market share globally.

With the new Edge, Microsoft acknowledges its boo-boo and looks to get back in the browser space albeit some obscurity.

Living on the Edge

Since the new Edge is based on Google’s Chromium engine, you get the Chrome browsing experience annulling a major reason for losing users.

With the seemingly right steps taken by Microsoft using its engineering prowess, it has to win back the users it has lost since the inception of Chromium. The new Edge browser has to outdo Chrome consistently in the time to come and create an ardent user base like it has done recently in a very short time with Visual Studio Code.

Microsoft uses Windows which accounts for almost 80% of the operating system market to prompt users to switch to Edge. It has done this previously with aggression at times but has come to no avail.

By moving to Chromium, Microsoft interestingly plays it in the hands of Google, the owner of the Chromium repository, and hence decides the engineering direction the project takes. It might surprise a few but Microsoft is already invested in Chromium with Visual Studio Code and Microsoft Teams which are based on Electron, a Chromium-based framework.

While Microsoft would again use Windows alongside other marketing strategies to push its baby in the hands of users, Google has the stewardship on the engineering decisions and a throng of lawyers to monitor any wrong practice by MSFT.

It would be interesting to see Microsoft market Edge and leverage it for its consumer products while Google tackles this push offering a successful but virtually identical product.